What's Going On With The Competition?

ratty is at least consistent in his cowardice!
Reactions: TheGLOV

Where in the hell does Florida State find these guys? On the other hand the competition looks like 6-graders...lol

I think Hamilton grows 7 footers in a lab! I can't wait for the day he trots out a starting 5 of all 7 footers, lol!
Reactions: TheGLOV 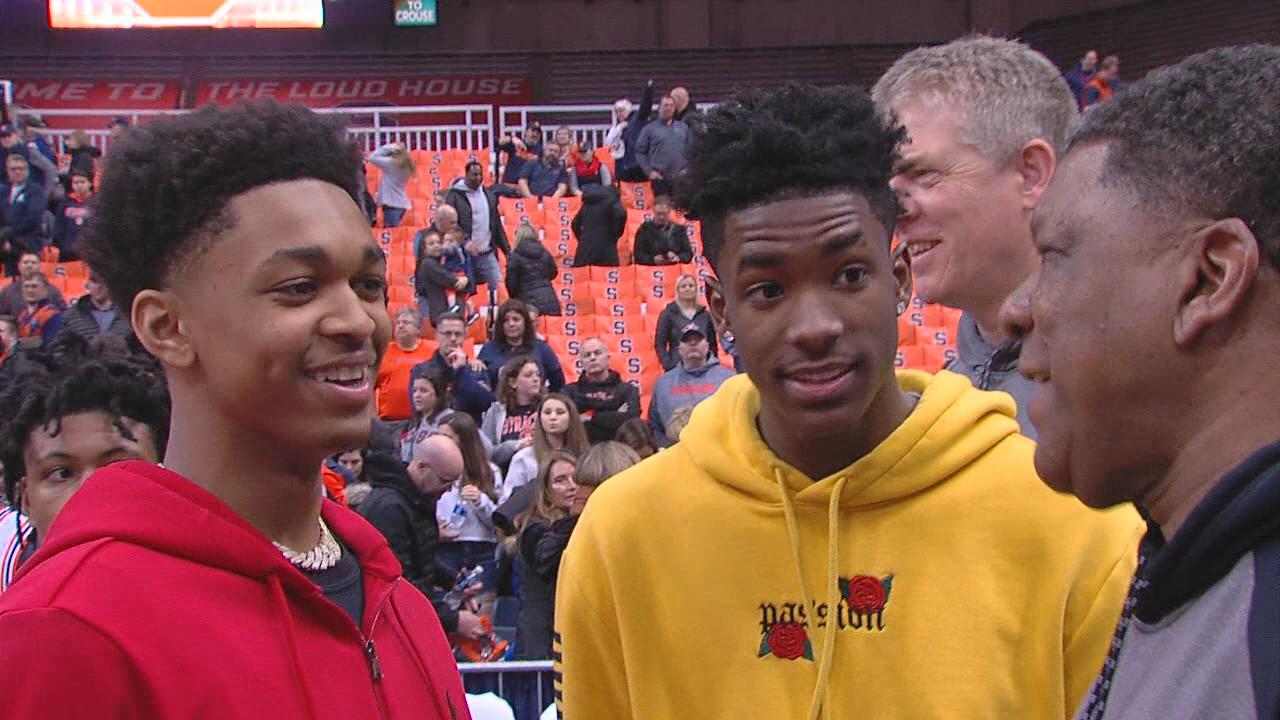 SYRACUSE, N.Y. (WSYR-TV) – One of the highest rated recruits in Syracuse basketball history has decommitted from the program. Dior Johnson, considered to be the top guard in the class of 2022…

Seems good 'ol Gregg Marshall at Weee chi ta State is out for his actions with a 7.75 mil parachute.
Reactions: TPFKAPFS
T

Remember that POS being mentioned as a potential replacement for Roy-LOL!

I just don’t see how we’re going to keep enough teams healthy to have any semblance of a normal season. I hope I’m wrong.
T

Wow..I’m sure they knew that was gonna come soon anyway!

CarolinaBlue5 said:
Wow..I’m sure they knew that was gonna come soon anyway!
Click to expand...

Gary assures us that Auburn has done nothing wrong at all. Also, Cam Newton wasn't paid either.
Reactions: UNC '92 and CarolinaBlue5

Wonder if Jabari Smith will opt out of his Auburn commitment? He would fit in nicely with UNC next season.

imajericho said:
Gary assures us that Auburn has done nothing wrong at all. Also, Cam Newton wasn't paid either.
Click to expand...

That's funny, so you have to tag him.

That's what the unwashed do. 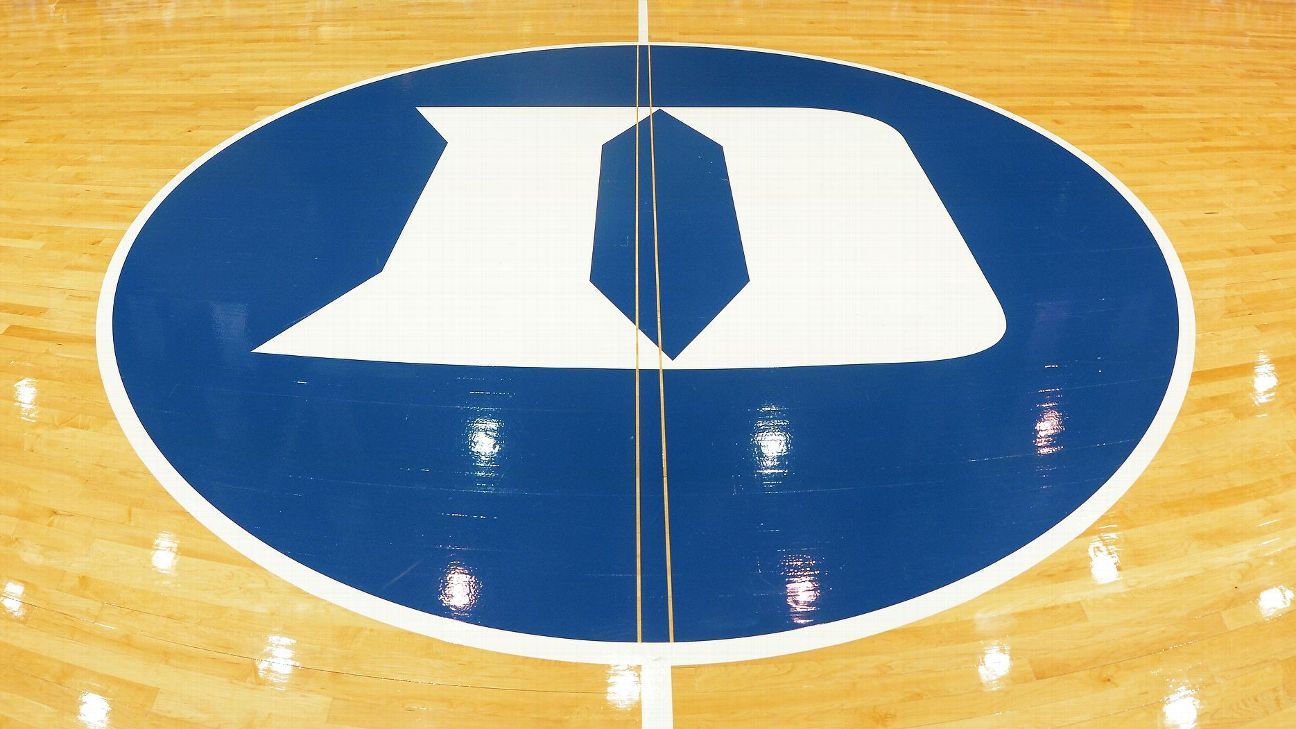 Duke men's basketball will not play its season-opening game against Gardner-Webb on Wednesday because of a positive coronavirus test within the Gardner-Webb team, the school announced Monday. 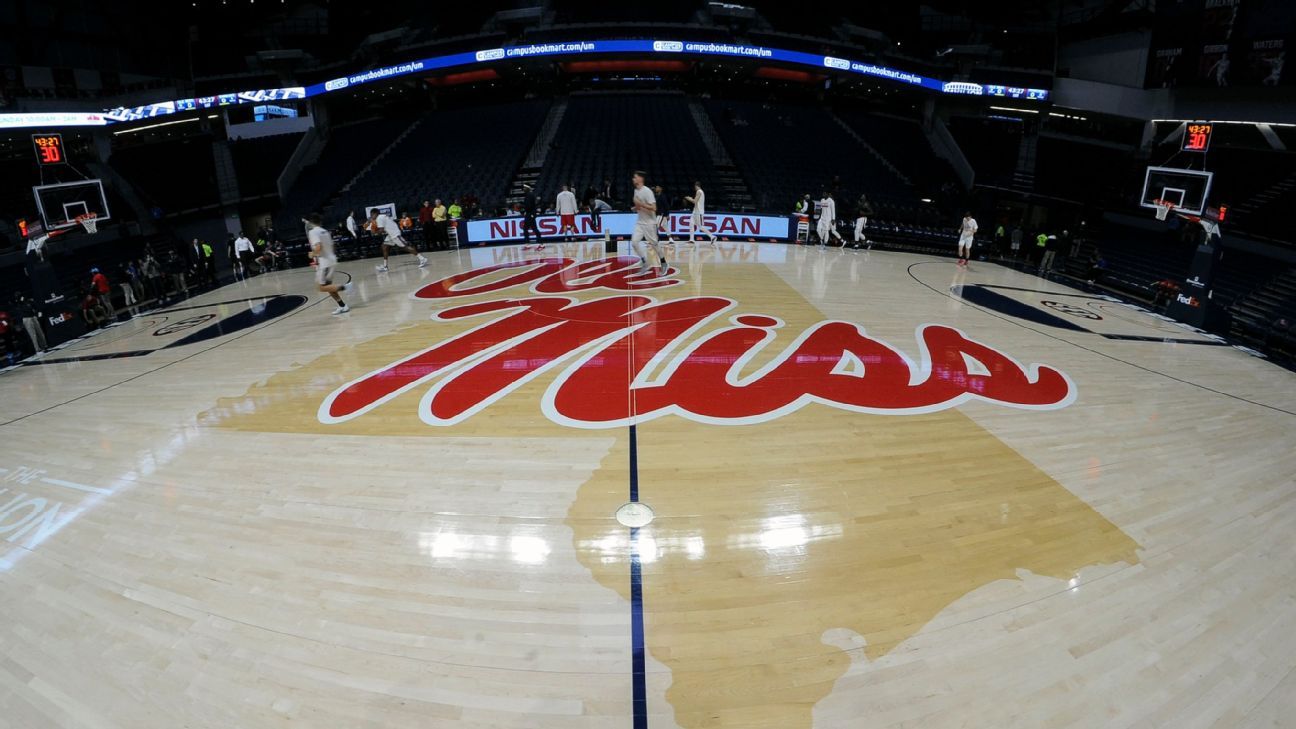 The Ole Miss men's basketball program is pausing team activities until Dec. 7 because of COVID-19 and will therefore have to cancel its first four games.

Gonzaga is incredible. I think they are alone in the top tier of teams this year.
Reactions: Tom79
T

dadika13 said:
Gonzaga is incredible. I think they are alone in the top tier of teams this year.
Click to expand...

I watched some of the KU v Gonzaga game this afternoon, not sure what to think about KU but the Zags are an interesting bunch and play well.

Down goes Frasier! I mean the Wahoos! WTF, 60 points against an unranked San Fran? 3 point shooting! Got to have it and got to defend against it! We have enough rim protectors this season, so we should be able to defend! We just have to find consistent shooters!

Will Baker transferring from Texas.....

Reactions: What Would Jesus Do? and gauchoheel

Another college career ruined by AAU $$$$.
Baker is a 1st round pick under RW.
Reactions: TPFKAPFS

Thought this bit could fall under this thread but Will Baker will transfer from Texas. Some mutual interest there before he inevitably chose between Shaka and UCLA. Now Ik that it really wouldn’t pay us no mind this year considering our front court. But if he were to transfer, would he sit out this year? Meaning he could enroll next season when we might actually need some backups. Thoughts?


Gonzaga Bulldogs: Mark Few has another squad. Corey Kispert is All-America good; Drew Timme is breakout-star good; and Jalen Suggs is the best recruit ever in Spokane. This team is legit.

Baylor Bears: The best Baylor news from the NBA draft was that Jared Butler was not in it. Scott Drew has another experienced and tough team. The only issue will be the interior, where Freddie Gillespie covered up for any defensive mistakes. Baylor could have won it all last year, and could do it this year, too.

Villanova Wildcats: At the end of the year, expect Villanova to contend. The pandemic might lead to a slower start, but there will be a big finish from the Wildcats. Jeremiah Robinson-Earl can be the best defensive and rebounding forward Jay Wright has ever had, and that is saying something.

Iowa Hawkeyes: This team is loaded with experience and quality players at every position. Plus, Iowa has the best player in the country in Luka Garza.

Duke Blue Devils: There is too much talent to dismiss Duke's title chances.

Virginia Cavaliers: Last year, Virginia squeezed the life out of people on the defensive end and won 23 games without being able to score. This year, expect the Cavaliers to be very capable on the offensive end, much of that thanks to Sam Hauser's ability to make shots.

Wisconsin Badgers: Greg Gard has his best team in Madison. The Badgers have a lot of experienced and unselfish bodies to throw at the loaded Big Ten, led by Micah Potter and Nate Reuvers. Don't be surprised to see Wisconsin win the Big Ten.

Kentucky Wildcats: Damn, the Wildcats have some talented young players. Ridiculous. B.J. Boston, Terrence Clarke, Devin Askew and Isaiah Jackson can turn Kentucky into a title contender by the end of the season.

North Carolina Tar Heels: The Tar Heels are bouncing back from an injury-plagued season with a very young group of guards and the best frontcourt in the country. Expect the Heels to run more and pound the ball inside to Garrison Brooks, Armando Bacot and Walker Kessler, and North Carolina should be the best offensive rebounding team in the country.

He didn't mention Sharpe, probably because it was written before UNC's first game. I guess I can forgive him for this.
Reactions: TPFKAPFS

What Would Jesus Do?

We should offer Baker. Again.

If we think we will lose 2 or more of our bigs, he would slot right in.

Yeah, he didn't have a good frosh year at Texas, but Roy would have him a 1st round pick by his junior year.
T

Isn't he the one who talked that reckless idiotic trash about Jalek Felton? I want nothing to do with him if so! I vaguely remember another guy with a similar name though! I also wasn't that high on him as a prospect IIRC.

TPFKAPFS said:
Isn't he the one who talked that reckless idiotic trash about Jalek Felton? I want nothing to do with him if so! I vaguely remember another guy with a similar name though! I also wasn't that high on him as a prospect IIRC.
Click to expand...

No, this is the 7-1 center that went to Texas. You are talking about Baker that signed with Duke.
Reactions: TPFKAPFS
T

Cool then.....never mind! (The Baker that went to puke was only great in his own mind!)

Duke would make sense since they had 2 or 3 games nixed alrdy
Reactions: TheGLOV
B

imajericho said:
Duke would make sense since they had 2 or 3 games nixed alrdy
Click to expand...

i would welcome it....2 games PPD thus far Gardner Webb and Elon.....the GW game has been rescheduled to Dec.19th 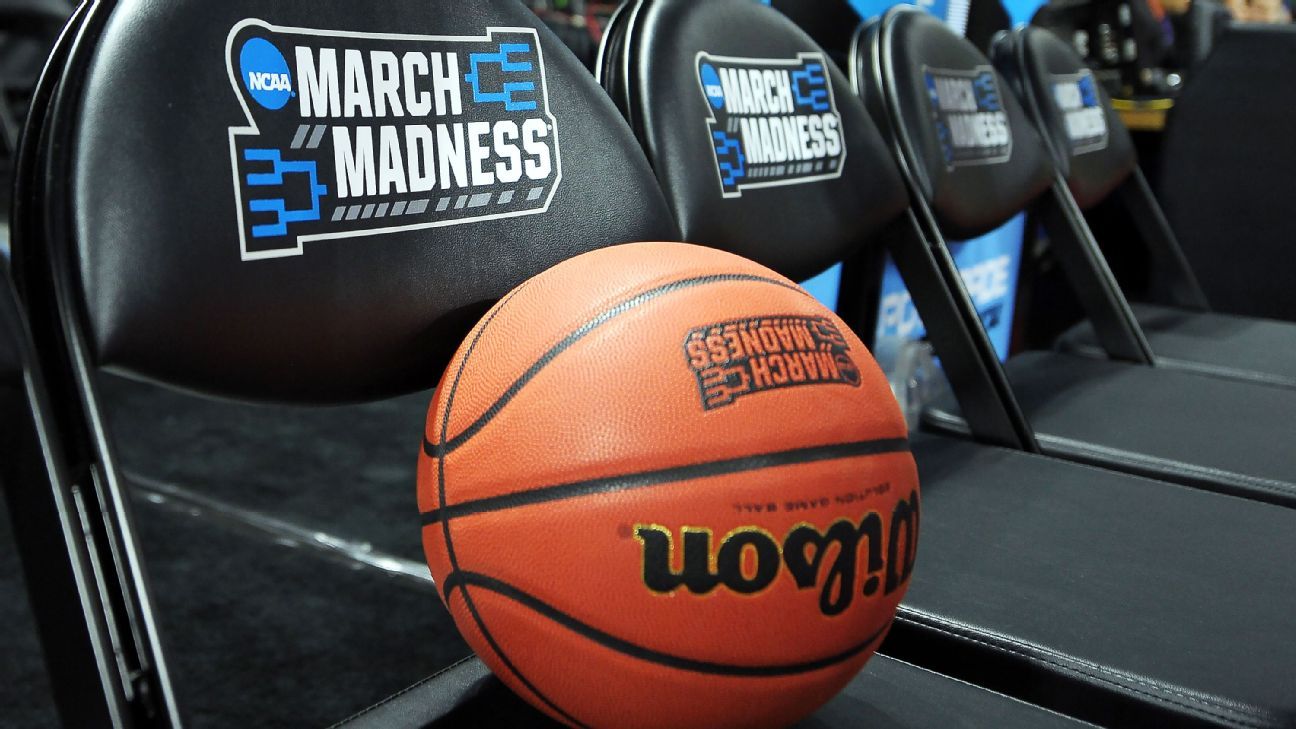 Virginia has added a men's basketball game against top-ranked Gonzaga as the 17th-ranked Cavaliers prepare to restart their program after a 10-day shutdown because of COVID-19 issues.

From bad to worse to wut.

Steat said:
REPORT: John Calipari in a power struggle with players; may be more departures

From bad to worse to wut.

What Would Jesus Do? said:
We should offer Baker. Again.

If we think we will lose 2 or more of our bigs, he would slot right in.

Yeah, he didn't have a good frosh year at Texas, but Roy would have him a 1st round pick by his junior year.
Click to expand...

Will Baker would be a really really good fit for what we do, would love to see Roy snag him! I see him as a 4yr guy that produces more and more each season and becoming a real problem for NCAA teams to have to deal with. Joey Baker on the other hand...The dukies can keep him!

Roy not offering him struck me as odd cause the kid CLEARLY not only wanted an offer from Roy but may not have let 48hrs pass before he took Roy's offer but no offer from Roy happened, I wondered why? Well, after some of his butt hurt words and his frosh season at duke (knowing that K only offered the kid because he thought Roy was going to while Roy said, yeah, I will pass)! LOL Same deal with the Moore kid but Roy really did want that kid, I get why but duke is not the best place for that kid, he is NOT a great scorer, he is more of a Theo type facilitator, K demands shooters at his 3 spot, Roy is not as concerned with jump shooting from the 3, he loves it when he gets it but tends to prefer guys he thinks will be strong defenders at the 3.
Last edited: Dec 22, 2020
You must log in or register to reply here.
Share:
Facebook Twitter Reddit Pinterest Tumblr WhatsApp Email Link